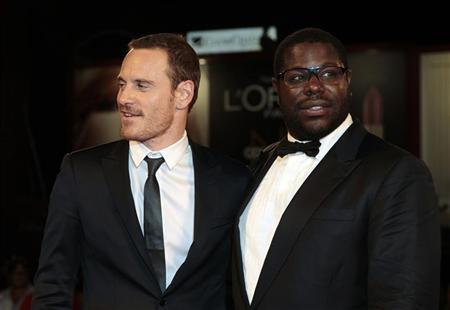 LOS ANGELES (TheWrap.com) – Fox Searchlight debuted its NC-17 rated “Shame” to $361,181 at 10 U.S. locations this weekend, according to studio estimates, for an outstanding per-screen average of more than $36,000.

Written and directed by Steve McQueen, the film about sex addiction was the only notable debut on a post-Thanksgiving weekend that featured no new wide release.

Among indie holdovers, the Weinstein Company’s “The Artist,” a silent, black-and-white movie directed by Michel Hazanavicius, took in $206,000 in its second weekend of release. The movie, which added two screens this weekend, averaged $34,263 at its six locations.

Fox Searchlight’s “The Descendants,” meanwhile, finished in seventh place at the overall box office in its third weekend of release, grossing $5.2 million — an average of $9,059 per screen. The film, which was directed by Alexander Payne and stars George Clooney, added 184 theaters to a location count that reached 574 over the weekend, but dropped 29 percent in weekend-to-weekend revenue. It has grossed $18.1 million to date.

Fox Searchlight plans to expand the movie to about 850 domestic locations on December 9.

But the biggest story this weekend was “Shame.”

“The fact that (‘Shame’) is NC-17 certainly creates a challenge for the movie, but we’ve been receiving pretty good critical attention, so we’re looking at a long run through the awards season,” Sheila DeLoach, Fox Searchlight’s executive VP of distribution, told TheWrap on Sunday morning.

The movie, which stars Michael Fassbender, is about a man in the grip of sexual addiction.

Also opening this weekend: Sundance Select’s “Sleeping Beauty,” a Julia Leigh film that debuted to $10,400 at two theaters for a per-screen average of $5,200; and Roadside Attractions’ “Answers to Nothing” starring Dane Cook and Barbara Hershey, which opened to an estimated $17,000 on 21 screens, a very soft per-screen average of $795.

Among other holdovers, Weinstein’s “My Week With Marilyn,” an R-rated film starring Michelle Williams as Marilyn Monroe, took in $1.2 million on 244 screens in its second weekend of release — a per-screen average of $4,836.

That’s a 33 percent drop from last weekend — but Weinstein added no theaters week-to-week.

Other indie holdovers include Paramount Vantage’s “Like Crazy,” which grossed $265,000 on 152 screens, for a per-screen average of $1,743. The movie, directed by Drake Doremus and starring Anton Yelchin and Felicity Jones, is in its sixth week of release.

via NC-17 Shame a muscular performer at box office | Reuters.