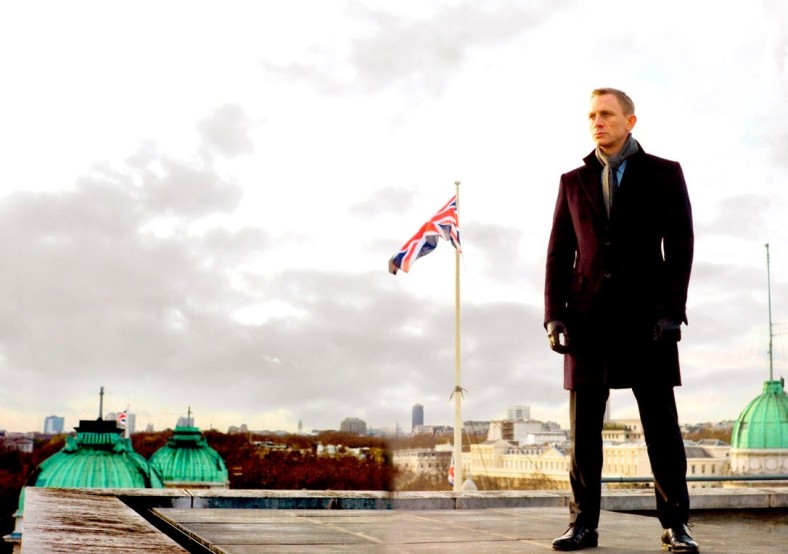 The Academy of Motion Picture Arts and Sciences announced on Friday that the 85th Oscars will feature a televised tribute to the 007 franchise, which is celebrating its 50th anniversary.

“We are very happy to include a special sequence on our show saluting the Bond films on their 50th birthday,” said producers Craig Zadan and Neil Meron. “Starting with Dr. No back in 1962, the 007 movies have become the longest-running motion picture franchise in history and a beloved global phenomenon.”

The franchise, which currently features Daniel Craig as the cocky, immensely talented spy, was revived with 2006’s Casino Royale and hit a high note with this year’s Skyfall. A gritty take on the MI6 legend, the Sam Mendes-directed film recently hit over $1 billion at the box office worldwide, and earned a Producers’ Guild Award nomination that could push it toward an Oscar bid.

The series’ 23 films have featured several men in the role of Bond, starting with Sean Connery and moving on to George Lazenby, Roger Moore, Timothy Dalton, Pierce Brosnan and now Craig, who has starred in three 007 films thus far.

Uh-oh. Partly in celebration of his 50th anniversary, the iconic spy James Bond will receive a special tribute at the Academy Awards when the telecast airs in February.

Why is this an “uh-oh?” Because there’s a semi-strong contingent of Bond supporters out in cyberspace who believe the latest Bond thriller, Skyfall, has a better-than-normal shot at scoring a few unexpected Oscar nominations, perhaps in the categories of Best Picture, Best Supporting Actor (Javier Bardem), and Best Supporting Actress (for Dame Judi Dench). Will the Academy feel that this televised tribute to the spy who loved us be enough “love,” and therefore overlook Sam Mendes’ fantastic film when it comes time to nominate?

That’s possible. As for the telecast, Oscar producers Craig Zadan and Neil Meron told THR, “We are very happy to include a special sequence on our show saluting the Bond films on their 50th birthday. Starting with Dr. No back in 1962, the 007 movies have become the longest-running motion picture franchise in history and a beloved global phenomenon.”

It’s the latest success for the long-running franchise, which this year saw Skyfall become the highest-grossing film in the series’ history and the first Bond adventure to earn more than $1 billion at the worldwide box office. What would you like to see as part of the 007 tribute at the Oscars? A glorified clips package? An on-stage stunt sequence? Truthfully, I think the coolest thing the Academy can do is have all of the actors who’ve played Bond on stage at the same time. Wouldn’t you love to see Sean Connery, Roger Moore, George Lazenby, Timothy Dalton, Pierce Brosnan and Daniel Craig sharing the spotlight on Hollywood’s biggest night?