It may be called the Sundance Film Festival, but apparently there’s a lot more than just dancing going on in Park City this year.

The 2013 fest only recently passed the halfway mark and already it’s been deemed as the best one in years. Films like Richard Linklater’s “Before Midnight” and David Gordon Green’s “Prince Avalanche” have been hailed as a welcome return to form for their respective directors and the festival seems to be getting its old mojo back as the ballsy guerilla film “Escape From Tomorrow” and Shane Carruth’s fascinating “Upstream Color” proudly represent the innovative DIY spirit of truly independent film.

And, bonus: There are also a lot of movies with a lot of sex.

There’s no sign of the sweet n’ innocent Cosette in Amanda Seyfried’s portrayal of porn actress Linda Lovelace in “Lovelace,” a rough and tumble biopic of the notorious “Deep Throat” star. The “Les Miserables” ingenue may not look very much like the real Lovelace but she certainly doesn’t look like Amanda Seyfried as she almost completely transforms herself into the troubled “adult entertainer” who headlined the most successful hardcore pornography film of all time. While the film apparently approaches the frank sexuality of its subject matter with humor rather than eroticism (which should guarantee it an R rating rather than an NC-17), Seyfried is receiving raves for the fearlessness of her performance … and, one would assume, for not “forgetting to breathe,” as her controlling psycho paramour Chuck Traynor (here played by Peter Sarsgaard) once taught her.

James Franco co-stars as a gentleman you may have heard of named Hugh Hefner, though “Lovelace” is only one of three Sundance offerings that Hollywood’s most prolific actor (and general artistic jack of all trades) has going on this year. Franco produced the documentary, “Kink,” which (rather graphically) explores the world of S&M bondage through the fetish website Kink.com — a subject matter that the filmmaker believes has more mainstream appeal than people may realize.

“This is for the ‘Fifty Shades of Grey’ fans,” said Franco in an interview with MTV News. “This is what you’re reading about, this is the real thing. This isn’t the dime store version of bondage — this is what bondage is like.”

There’s more sexy Sundance shenanigans going on (or, rather, going down, heh heh). Dakota Fanning, who already proved she’s all grown up with “The Runaways” a few years ago, teams up with Sundance darling Elizabeth Olsen (also seen in “Kill Your Darlings” this year) for “Very Good Girls,” the ironically (natch) titled drama about two New York City girls who vow to lose their virginity during the summer following their high school graduation. Joseph Gordon-Levitt explores seduction and sex addiction with Scarlett Johansson and Julianne Moore in his writing and directing debut, “Don Jon’s Addiction,” which sold to Relativity Media for $4 million. “Afternoon Delight” features a bored housewife’s attempts to spice up her life (hint: it involves sex) and both “A Teacher” and “The Lifeguard,” which are rather ominously titled as they identify their protagonists simply by their particular vocations, feature adults sleeping with underage kids.

So is there an explanation for this year’s sexy Park City trend, or is it simply a sexy coincidence? Ultimately, it just might have something to do with all that fresh mountain atmosphere and, you know, great skiing. The best semi-theory comes from, not surprisingly, James Franco:

“It’s certainly in the air.” 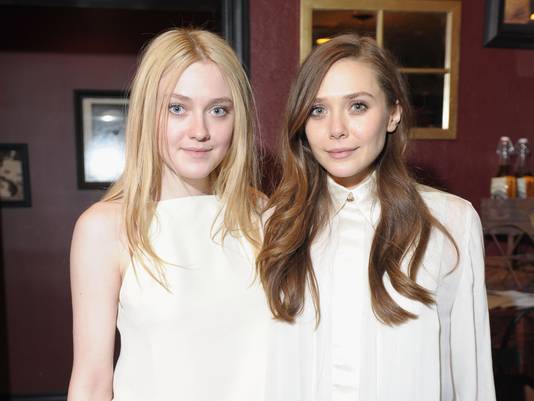