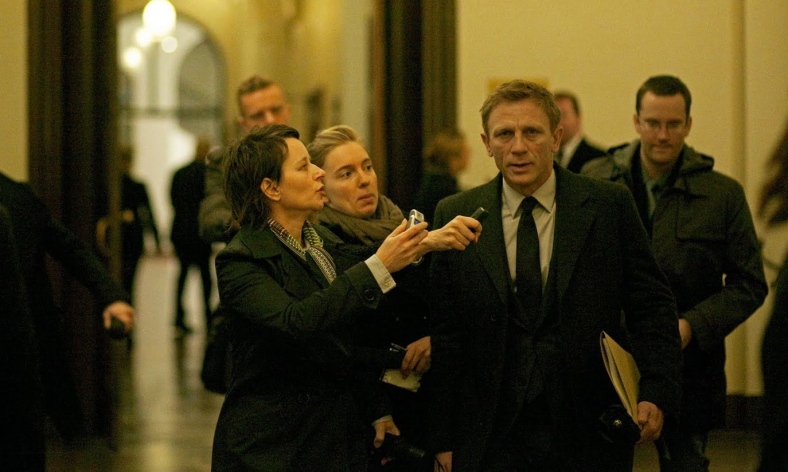 If you’re wondering what’s holding up production on “The Girl Who Played With Fire,” look no further than Daniel Craig. You see, the studio is desperate to work on a leaner budget this time, but in the interim Craig’s become even more bankable, and he’s not exactly interested in taking a pay cut. While the star claims to want to return to the role, it’s entirely possible that they’ll give up on the man who’s kicking the hornet’s nest and move forward with the man they can afford instead.

Philip Glass has composed a new opera focusing on the final years of Walt Disney, portraying the legendary animator as (according to one Spanish critic) “arrogant, misogynist, racist, tyrannical, mean, ultraconservative, uncultured, hypochondriac and megalomaniac.” The opera, entitled “The Perfect American,” is winning high praise for its European debut, but I’m sure that Disney’s studios will  make it as challenging as possible for  it to make the jump to America.

While Robert Frost’s works paint a picture of the poet as a quiet, contemplative New Englander, this essay in The New Yorker presents an entirely different side of his life and character… a dark side. In fact, the word “terrifying” is used at least once to describe him. Let’s chalk this one up to poetry’s power to obfuscate as well as illuminate its author’s innermost thoughts.

“World of Warcraft” — the massively multi-player online role-playing game that has ended marriages and devoured the free time of millions worldwide — will become a major motion picture directed by Duncan Jones (“Source Code,” “Moon”). Fans of the game will doubtlessly be thrilled to see their beloved home-away-from-home portrayed on the big screen, but will be less thrilled to realize that they don’t actually get any gold or experience points for sitting through the movie. The true fans will be the ones who stay home and keep playing instead.

‘I don’t know where that rumor was started, but it would never be a possibility,’