Bits: That ‘ridiculous’ refers to the casting for the other project I’ve met him to talk about, Stoker. It’s a film by Korean auteur Park Chan-wook, best known for Oldboy (part of his ultra-violent Vengeance trilogy), with a screenplay by Prison Break actor, Wentworth Miller – which takes Hitchcock’s Shadow of a Doubt as its jumping-off point – starring Nicole Kidman and Mia Wasikowska (if you’re wondering, yes, it is as richly brilliant and bonkers as you’d expect a stew made from all those ingredients to be).

Goode plays the mysterious Uncle Charlie, who comes to visit his surly niece, India (Wasikowska), after her father dies on her 18th birthday. He matches Wasikowska for intense, staring-eyes-like-pools, where you’re not quite sure what murky depths they descend to. Louche and charismatic, hands in pockets again, smirking again, but this time it’s rather sinister. Sex and violence are inextricably intertwined in Park’s tense, creepy modern Gothic horror, and Goode’s smooth-surface manners mask a dangerous streak. It’s this combo that proves a rather icky, sexual draw for both mother (a brittle, chilly Kidman) and daughter (a focused, freaky Wasikowska). 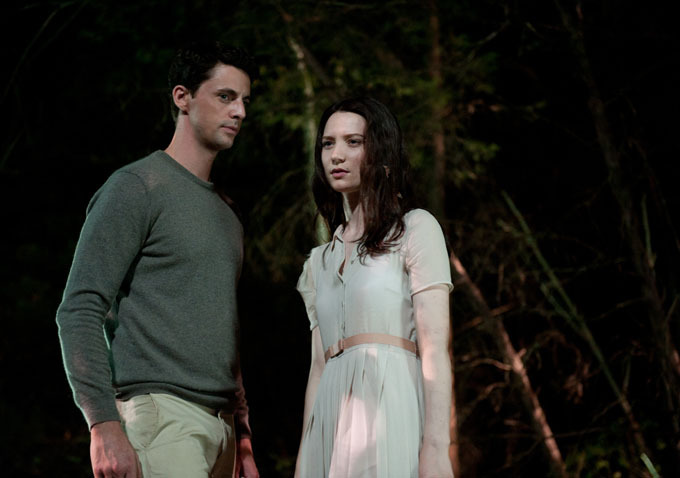 Matthew Goode: ‘No one knows who I am. I don’t even know who I am’ – Profiles – People – The Independent.