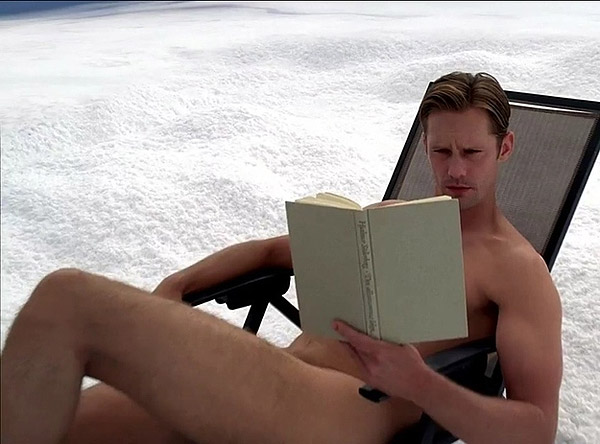 The biggest news—full-frontal nudity aside—to come out of True Blood‘s Season 6 finale on Sunday was that Alexander Skarsgard’s Eric Northman might have perished. But we can all breathe a deep sigh of relief now, because executive producer Brian Buckner has confirmed to TV Line that Skarsgard will definitely be back for Season 7. Whew.

Now, what was that about full-frontal nudity? In case you gave up on True Blood years ago (and no one would blame you for that), or if you somehow missed the internet explosion over Eric Northman’s wiener, Skarsgard did in fact go full-frontal for the final scene in which he was lounging nude on a mountaintop in Sweden—as you do—when Warlow’s blood evaporated from his system and he burst into flames. Naturally, Buckner didn’t go into detail about how Eric could possibly have survived that Alpine barbecue, but this is the same series that once devoted an entire season to stories about town-wide orgies, so I’m sure the creative team will come up with something.

Anyway, if you’re wondering how the hell the writers convinced Skarsgard to bare it all, according to Buckner, he was all for it. Gotta love that man’s, ahem, balls.