“When you achieve your objective, then what happens?,” Baker says of the aftermath. “Now what do I have to live for and where do I go from here? Was it that gratifying for Jane? There’s all of those questions. We deal with that in a lot of ways in the next episode afterwards.”

[Warning: Major spoilers ahead from Sunday’s episode, “Red John.” Do not proceed if you have not watched.] 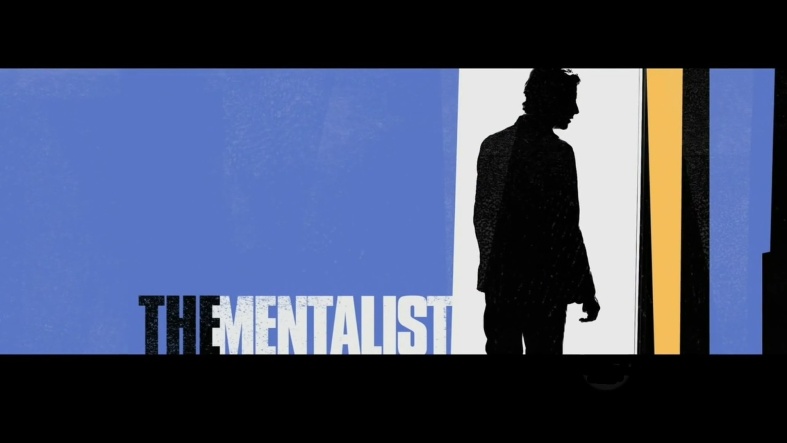 After putting the Red John spotlight on California Bureau of Investigation Director Gale Bertram (Michael Gaston), he turned out not to be the madman Patrick Jane (Simon Baker) had been searching for the past several years. Who was Red John? Sheriff Tom McAllister (Xander Berkeley), who had been one of the three who presumably died in the blast during “Fire and Brimstone.”

It was a cat and mouse game after the reveal — in the same cathedral Jane was seen in at the end of “The Great Red Dragon” — but Jane and McAllister would meet again, this time at a local park. With McAllister pinned down to the ground after being weakened by a gunshot wound in the abdomen, he pleaded with Jane to spare his life. But for Jane, his sole mission in life was to end Red John for good. And so he put his hand on McAllister’s neck and suffocated him until he was dead.

It was important to “give a real emotional, pleasing end to that story,” creator/showrunner Bruno Heller told reporters, admitting that the ultimate Red John identity slowly “emerged” over the last few seasons. “For me it was about giving Patrick Jane exactly what he’s wanted for all these years. He wanted revenge and he got it. I think that’s what the audience wanted so that’s what we gave them.”

“I did feel a sense of pressure because we’ve been working towards this for so many years and it was something that had pushed the character from the very beginning [since] 2008. Somehow I had to live up to that in that one moment — the one moment in the life of the character where he’s stepping out into the unknown,” Baker acknowledged. “The way we did it was important because I felt like to pull the trigger is just pulling a trigger but to actually wrestle with someone is far more kismet.”

With the Red John mystery behind them (and the show making a big two-year time jump next week), Heller and Baker discussed the repercussions of Jane’s actions, where this leaves the rest of the former CBI members and the new conflicts that will arise in the post-Red John era.

Bruno Heller: Jane is this tragic figure who has gotten his heart’s desires and found the grail — this evil grail he’s been chasing all these years. It’s very much a question of what does that do  him as a person. Can he begin a new life? What kind of life does he want for himself and how will he define himself now that part of his life is over.

Simon Baker: When you achieve your objective, then what happens? A lot of the time you focus all your energy on trying to achieve your objective but you don’t consider how it leaves you standing afterwards. My favorite part of that is the transition out of it. Now what do I have to live for and where do I go from here? Was it that gratifying for Jane? There’s all of those questions. We deal with that in a lot of ways in the next episode afterwards.

Baker: The character has made a decision that he was going to kill Red John from the first time we ever saw him. He made that decision and then he said that was going to happen. What we didn’t know was how he was going to react and whether or not he could go through with it and in what fashion. To me that was just jumping off a cliff, really, and jumping off a cliff so it’s like — he’s got what he wants and what he’s wanted for so long. The idea of what drama is sets out to achieve an objective but doesn’t quite achieve it and they’d have to change tactics and approach. This is interesting because he’s got Red John within his grasp, he doesn’t take a moment to hesitate and I think there was a line in there where he said “I’m not hesitating, I’m just going to stay in the moment” in the church. When he’s on top of him, it’s the idea of shutting him up. Jane just wants to get on with the job and from that moment on, you gotta try to be there and be alive in the moment.

On how Jane is affected by Red John’s death

On the option of Jane not killing Red John

Heller: Yes [there will be legal ramifications for killing Red John]. You can’t go around killing people willy nilly without some ramifications. Very much so.

On the likelihood of Jane’s return to law enforcement

Heller: He’s going to be placed in a position where his personal desires on that level are not point. He’s done something highly illegal. What he does in the future won’t be entirely up to him. … His life as he knows it is over, but it’s the beginning of a new life.

Baker: Once the dust settles you start to see who’s important to who and how each person sees themselves and who they care about.

On Jane and Lisbon’s bond

Baker: I think absolutely. I think even stronger.

Heller: Now Jane and Lisbon have a chance to take a breath and think about each other in a way they haven’t before.

Heller: For the other characters, it’s a little like children of divorce. They’ve been involved with somebody else’s mission and now that mission is gone. They were in a world they didn’t choose and now they’re in a world that’s changing around them — again, not of their own volition. What this is going to be for these characters growing up and leaving home; Jane has big questions about what he’s going to do with himself and Lisbon, Van Pelt, Cho and Rigsby also have to make those choices.

On whether Red John’s disciplines will take action

Heller: Never say never but I would say the audience and the story demands that we step away from that trope for a while. The trouble with these stories where you’re playing tricks on the audience with “Who is it?” mysteries is that you can get way too get way too mysterious and there were a lot of people who said all the way along that Patrick Jane was Red John. When you’ve got that kind of elaborate thinking out there, it’s dangerous to come back to stories unless you’re coming back to that story with full force because people will start thinking “Red John is not dead!” Red John is dead.

Heller: We won’t be going back. One of the things you discover when one of these figures of great evil are unmasked … once the curtain is drawn back from these evil Wizard of Oz characters they tend to not be very interesting companions.

On worries about The Mentalist losing steam without Red John

Heller: [I’m] not really concerned. If it can’t, then that’s what happens. it felt to all of us that that chapter of the story was done. Frankly I think the great asset and value of the show is in Baker’s head and what he does. Red John never even appears in as a character physically in the last episode. It was a feeling in the show and a sort of objective but in terms of moment by moment pleasures of the show, those are delivered by Simon Baker and his people, not by Red John. Frankly I don’t know but I don’t mind, but I think it’s going to be a great show after Red John. Then it’s up to the audience to decide if they like it or not.