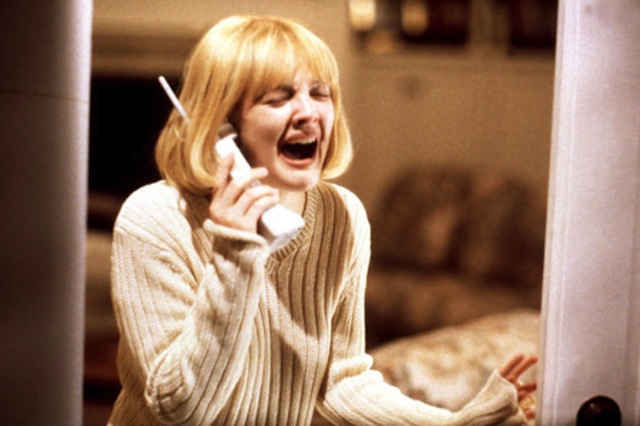 1. Wes Craven’s Secret Feminism. Wes Craven, colloquially known as the King of Horror, died last Sunday at the age of 76. This past week has featured plenty of tributes to the late director that highlight his immeasurable impact on the horror film genre. Vulture’s Andi Zeisler explores the director’s secret feminism that runs through his work.

The Madonna/Whore complex shows up even in B-movie gorefests. But Craven resisted using sexuality as the thing that separated victims and heroines, and slyly sent up the convention with “Scream’s” Sidney, who loses her virginity despite the warning of a genre-savvy friend who reminds her about the No. 1 rule of horror-movie survival: “Sex equals death.” And yet, in the end, Sidney is a triumphant, sex-having Final Girl. For Craven, the Final Girl became more than an audience stand-in — she was a way to explore the horror not just of a rampaging killer but of survivors’ consciousness. “Elm Street’s” Nancy sought to survive Freddy Krueger, sure, but she also wanted to conquer a secret that had festered within her community. “One thing that really distinguishes Craven from other horror directors is the way he took seriously the idea of what being a survivor meant,” notes Tammy Oler, a writer who frequently covers women and horror films.

2. Why “Mr. Robot” Is Not a Great Show (Yet). USA’s “Mr. Robot” concluded its first season last Wednesday. The series has garnered plenty of critical acclaim from TV critics for its visual palette, its performances, and its writing, but not all critics have been as enamored with the show as others. Vulture’s Matt Zoller Seitz argues that “Mr. Robot” is not a great show just yet.

What’s “Mr. Robot’s” bug? I ask because it has one, and it’s preventing the program (how convenient for this review that the word program is a synonym for show!) from functioning at its fullest artistic potential. I admire this show. I am engrossed in it. I might continue watching it even if it were tedious or stupid, for its committed performances, its surprising but always spot-on song choices (Neil Diamond in the pilot sealed my love for the series), Tim Ives’s geometrically off-center compositions, Mac Quayle’s retro ’80s-synth score, and the dense, playful sound design. (If you can watch “Mr. Robot” with headphones on, you absolutely should.) But there’s something not quite there about it, and it’s frustrating. I suspect the bug is Mr. Robot himself — a character initially presented as a pontificating, hot-tempered revolutionary played by Christian Slater, a V-type (as in “V for Vendetta”) then revealed by our humble narrator, Elliot Alderson (Rami Malek), to be a hallucinated vision of the now-dead father who pushed him out of a window as a kid. This series about a computer hacker/revolutionary/mentally ill man-child is pretty openly catering to aficionados of Cinema de Dudebro, referencing a number of films and filmmakers that absolutely pass muster as art while also just happening to look and sound frickin’ awesome when you put them up on that 57-inch plasma screen with surround sound that hangs on a wall opposite your black leather couch. (Insulting, sure — but also autobiographical. I still have the TV, but a girlfriend convinced me to sell the couch.) “Taxi Driver,” “American Psycho,” “The Matrix,” the complete works of Stanley Kubrick and David Fincher — you name it, “Mr. Robot” probably carries it deep within its aesthetic DNA, along with the original “Star Wars” trilogy, which it exuberantly embraces in episodes eight and nine, when we learn that Elliot’s fellow hacker Darlene (Carly Chaikin) is his sister and Mr. Robot is their father. Creator Sam Esmail is so fluent in this core group of Pop Art classics that he can reference them in a somewhat casual, off-kilter way, as when the opening scene of the second episode ends with a music cue from Kubrick’s 1975 period drama “Barry Lyndon,” or when episode nine — the one where Elliot learns that he’s been taking orders from a psychic manifestation of his dead father this whole time, à la “Fight Club’s” Tyler Durden and Elvis in “True Romance,” which starred Slater — plays the hero off with a tenderhearted acoustic piano cover of the Pixies’ “Where Is My Mind,” the curtain-closer from “Fight Club.”

Haunted by a presumably living, but ostensibly withholding mother, Amy Jellicoe begins “Enlightened” by having a mental breakdown in the workplace and she returns a seeming adherent to a New Age-y philosophy she learned at a rehabilitation program in Hawaii. Unlike Elliot, Amy isn’t satisfied with doing good. She wants to BE good. Unfortunately, being good accomplishes very little, because ordinary people, who contain a multitude of good and a modicum and bad, are freaked out by Amy’s intensity, an intensity that manifests outwardly in all of the ways that Elliot’s intensity is directed inwardly. Unable to convince people around her to follow her path of wellness, to latch on to her therapeutic philosophy, Amy finds a target in Abaddonn Industries, a company with its tentacles in nearly as many nefarious pots as Evil Corp. Like Elliot, Amy discovers that she can’t make the world better one person at a time, so she decides to excise a source of wickedness. In both shows, our alienated heroes realize that the magic of 21st Century life is that where once loners and pariahs had to wallow in isolation, the Internet and virtual connectivity are either proxies or placebos for the real world connectivity they either crave or ache for.