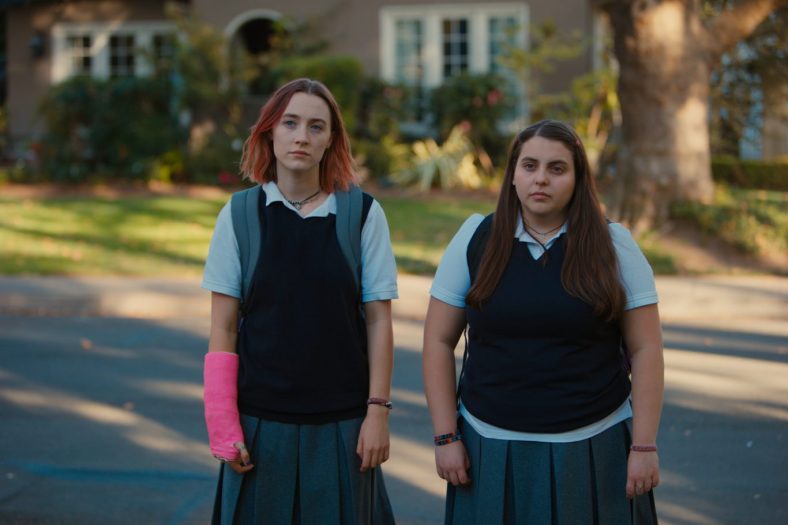 The selection of the 2018 awards are being announced by society chair Justin Chang from New York’s Film Society of Lincoln Center. The group has dedicated this year’s awards to film critic and historian Richard Schickel, author of 37 books and director of 37 documentaries, and a founding member of the Society.

Forty-four of 59 members are voting today: 17 at the meeting in New York, 4 at a satellite meeting in Los Angeles, 7 in other cities nationwide, and 16 by proxy.

This year’s National Society of Film Critics awards are dedicated to the legendary film critic and historian Richard Schickel, author of 37 books and director of 37 documentaries, and a founding member of the Society.

BEST SUPPORTING ACTOR: Willem Dafoe, THE FLORIDA PROJECT
Runners-up:
2. Michael Stuhlbarg, CALL ME BY YOUR NAME, THE SHAPE OF WATER and THE POST
3. Sam Rockwell, THREE BILLBOARDS OUTSIDE EBBING, MISSOURI

NEW YORK — The National Society of Film Critics has named “Lady Bird” the best picture of 2017.

The writer-director of “Lady Bird,” Greta Gerwig, won best director and best screenplay as the society voted in New York on Saturday.

Sally Hawkins won best actress for “The Shape of Water” and “Maudie” and Daniel Kaluuya won best actor for “Get Out.”

The society is made up of 59 prominent movie critics. Members who are not based in New York were able to vote for the awards online.