Warner Bros. Television’s Hit Science-Fiction Thriller FRINGE Unites These Two Universes with an “In-World” Book That Is Also Part of the Entire Five-Season Storyline … and Now Released for Fans to Own! 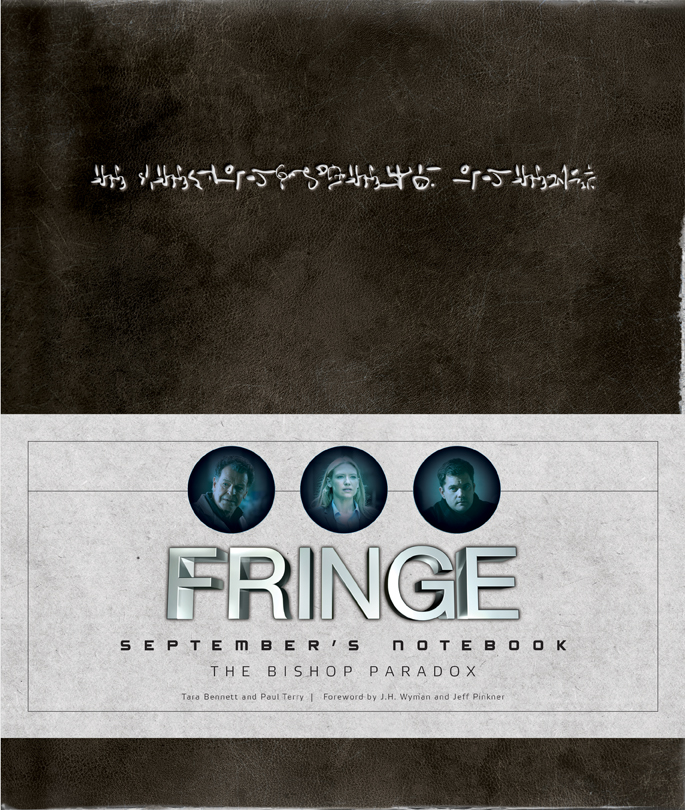 Warner Bros. Consumer Products and Warner Bros. Television Group, along with the FOX Broadcasting Company, have joined forces with publisher Insight Editions to create an unprecedented published work — setting a new standard for officially licensed publishing merchandise and product integration in the world of publishing.

In the penultimate Fringe episode “The Boy Must Live” (airing tonight, Friday, January 11, at 9/8c on FOX), the worlds of network television and licensed publishing collide and will never be the same again. In the episode, the enigmatic recurring character of the Observer September (guest star Michael Cerveris) reveals to Walter Bishop (John Noble) that he had been keeping a notebook of all his observations. “September’s Notebook” is the exact book that fans of the show have been able to pre-order — and consequently be a part of — since earlier this year.

Fringe executive producer/showrunner J.H. Wyman said: “We couldn’t have picked a better framework for this book with the Observers. Where we went this season is ultimately so Observer-heavy and it reveals some things that are really mind-blowing. We wanted to include the notebook in this upcoming episode, as it encompasses September’s journey from beginning to end. The fact that we are able to share it with the fans, after the episode airs, is truly exciting. September’s writing exhibits what he admires most about the human spirit’s most beautiful quality — hope.”

With a rabid and devoted fan base, the critically acclaimed Fringe phenomenon has spawned two six-part comic book series and an alternate reality game. Fringe: September’s Notebook is the first comprehensive guide to the show’s compelling mythology and a must-have companion following the show’s epic conclusion.

The retail price of Fringe: September’s Notebook is $50, it and can be purchased from Amazon, Barnes & Noble and other booksellers.

A revelation for fans and super fans alike, Fringe: September’s Notebook includes exclusive photos and concept art, and reveals quirks and little-known facts about each character, insight into fringe science and much more. Design features throughout the book build upon the many symbols and codes woven into the show’s fabric, uncovering truths never before revealed.

Fringe: September’s Notebook is an extension of the show and its mythology like no other. Within the book, every single word, sketch, photo, and official document has been painstakingly put together (under the guidance of series executive producer/showrunner J.H. Wyman and former executive producer Jeff Pinkner) with contributions from the Fringe production department. More than a year in the making from its inception, with material that spans all five seasons, authors Tara Bennett and Paul Terry (who together coauthored the official LOST Encyclopedia) worked with the television show’s production team on a daily basis to develop and evolve Fringe: September’s Notebook into the world’s first fully integrated licensed publication that has emerged from within the television series’ storyline itself.