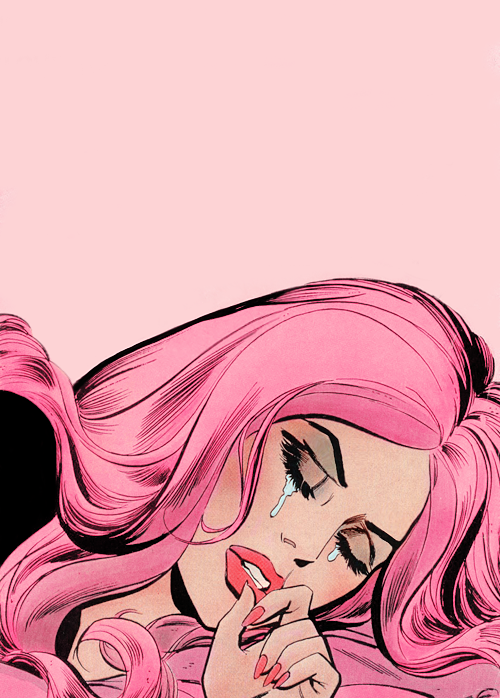 Our understanding and awareness of depression has, thankfully, evolved some way beyond the old-fashioned “pull-yourself-together” response. Most now know that it’s a multifaceted, shape-shifting, and frequently debilitating condition that transcends race, sex, and creed. But we still don’t know exactly why some become depressed and some don’t.

We know that people may be genetically predisposed to depression and anxiety disorders. We also know that specific life events may trigger depressive episodes in those who have previously been the picture of mental health. But so far we’ve been unable to identify one single, definitive catalyst. However, new research suggests that, for some people, depression may be caused by something as simple as an allergic reaction. A reaction to inflammation—a product of the body, not the mind.

George Slavich, a clinical psychologist at the University of California, Los Angeles, is one of an increasing number of scientis who believe we need to be looking at our physiology to better understand depression—that, perhaps, it’s not all in the head. “I don’t even talk about it as a psychiatric condition anymore,” he told the Guardian. “It does involve psychology, but it also involves equal parts of biology and physical health.”

The thesis is simple: Everyone feels like shit when they’re sick. That ennui we feel when we’re unwell—listlessness, lack of enthusiasm, troubled sleep, tearfulness, and a general feeling of wading through tar—is apparently known among psychologists as “sickness behavior.” Our bodies are pretty intelligent, see—they behave this way so that we stop, lie still, and let our system fight whatever infection of virus has us croaking for Gatorade on the couch.

These kinds of emotional responses are also typical of depression, though. So scientists are asking: If sick people feel and act a lot like depressed people, might there be a link?

Yes, basically. It’s all about inflammation—that clever red siren we have in our immune system that lets the body know something is wrong and it needs to be fixed. Proteins called cytokines cause inflammation and flick the brain’s “sickness” switch—i.e., make us sad and still. Cytokines skyrocket during depressive episodes and, in those with bipolar disorder, halt in remission. The fact that “normal,” healthy people can become temporarily anxious or depressed after receiving an inflammatory vaccine—like typhoid—lends further credence to the theory. There are even those who think we should re-brand depression altogether as an infectious disease.

As someone who has experienced two major, debilitating episodes of depression that were both linked to illness, surgery, and painful recovery, it makes sense. When I was recovering from a bowel operation two years ago, my physiological and mental discomfort became one and the same; the pain around my stitches was the same shade as the silent, foggy scream of nothingness and vertigo in my head.

Being physically unable to do much, over time, led to a near-complete inability to function mentally and do anything other than obsessively watch Friends reruns and nibble crackers. My thoughts got stuck in loops of You’re never going to come out of this and It’s not just your body that’s fucked now—it’s your head, and it took intensive cognitive behavioral therapy coupled with antidepressants to come out of it both times. When things flare up now, the fear creeps in on a hair trigger, a reminder that, when I am ill, I have a twofold fight on my hands.

On the one hand, the theory linking physical illness and depression is encouraging. Carmine Pariante, a Kings College psychiatrist who is quoted in the Guardian report, says that we’re between five and ten years away from a blood test that can measure levels of inflammation in depressed people. If both Pariante’s estimate and the inflammation-depression theory are correct, we could potentially be just five years from an adequate “cure” for depression.

But if the theory gains more weight, it’s possible that it could have negative consequences. As Nick Haslam, professor of psychology at University of Melbourne points out, it might be wrong to believe that a better understanding of mental illness will automatically lead to “social progress.” Believing that a mentally ill person has a deep-rooted, physical defect “may lead us to see them as unpredictable, incurable, and categorically different from the rest of us.” So, if we shift the blame from the mind to the body, will the stigma surrounding the mentally ill decrease? Maybe it will. Hopefully it will. But even though there’s greater awareness now that depression is a result of a “chemical imbalance” in the brain—i.e., a physical problem—studies have suggested there’s been no significant reduction in the stigma that surrounds the mentally ill.

And stigma is important, largely because it has helped create the mental health-care system at work in this country today. With stories like there being more children hospitalized for self-harming than ever, and the knowledge that our doctors still have antiquated “flag” systems for identifying anorexia in boys, it can feel like we remain stuck in the dark ages. Our general language surrounding mental health doesn’t ever feel quite right, either—consider the phrase “nervous breakdown,” a pair of words that feel both too sensationalist and reductive to describe an evolving disorder whose myriad symptoms can include insomnia, rigid anxiety, panic, intense gut discomfort, weight loss, total lack of libido, and body tremors.

While there are certainly many other physiological causes of inflammation that support the theory—obesity (excess body fat, particularly around the belly, harbors huge amounts of cytokines) being one—it would be naive to suggest that all depression is a side effect of physical illness. For so many of us, day-to-day life is practically booby-trapped with despair; you could argue that we’re chronically inflamed all the time. However, at least this new research from people like Slavich is opening up the discussion and revealing the complexities of mental illness. And if the realization that basically anyone can be mentally ill doesn’t make people more sympathetic to mental illness, is there anything that will?