1. First of all, body dysmorphic disorder (BDD) is a serious mental illness. 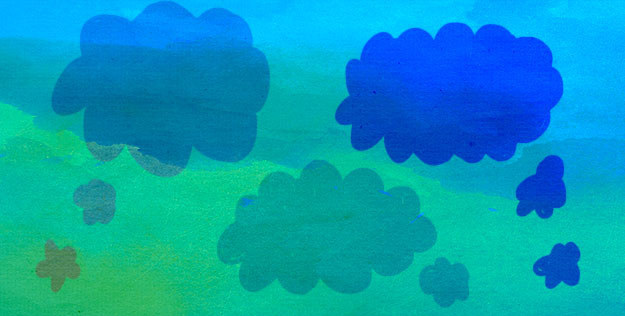 It’s a psychiatric disorder related to obsessive-compulsive disorder (OCD). People with BDD spend at least an hour per day (but often even longer) thinking about a flaw in their appearance that’s either minor or not there at all, says Danyale McCurdy-McKinnon, Ph.D., licensed clinical psychologist and clinical psychology director of the UCLA Fit for Healthy Weight Clinic. About 2.5% of adults in the U.S. have a diagnosis of BDD, says Sari Fine Shepphird, Ph.D., licensed psychologist and author of 100 Questions & Answers About Anorexia Nervosa.

BDD seems to occur just about evenly in men and women, though men are more likely to have preoccupations with muscle size or genitals, says Fine Shepphird. In fact, the subset of BDD called muscle dysmorphia (which is characterized by distorted thoughts about muscle size, shape, and leanness) is almost exclusively diagnosed in men.

2. A person with BDD might be focused on something about their appearance that’s real or imagined.

For example, they might think their nose is distractingly huge or misshapen when it’s objectively ordinary. Or they might be focused on something that is actually there, like acne or a scar. Whether the object of their focus is something real or imagined, a person with BDD would experience consuming preoccupation with it and also believe that their “flaw” makes them hideous or even disfigured, says McCurdy-McKinnon.

3. Obsessive behaviors and intrusive thoughts are hallmarks of BDD. 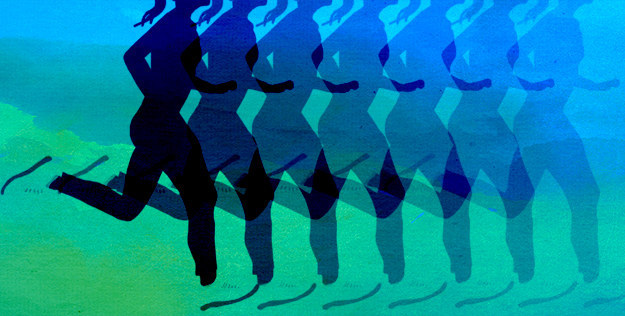 People with BDD engage in compulsive or repetitive behaviors, explains Fine Shepphird, like constant mirror checking, obsessively picking at their skin or hair, or excessively exercising, grooming, or comparing themselves to others

In severe cases, people may also seek cosmetic surgery to “correct” whatever they perceive is wrong. These grooming or checking behaviors are time-consuming and life-disrupting and can even feel intrusive and unwanted, like the person is unable to prevent or stop them.

4. Which is not the same thing as the average person’s dissatisfaction with their appearance. 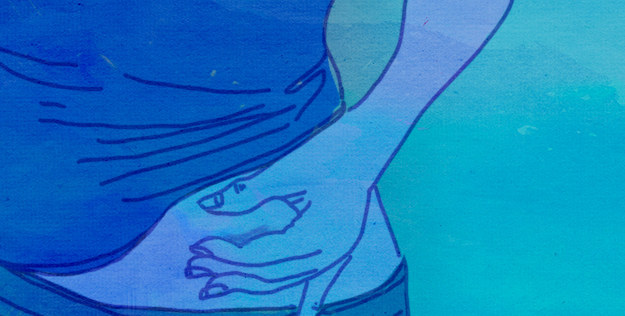 It’s not uncommon to feel self-conscious or even wish you could tweak something about your appearance. But BDD comes with more serious and disruptive thoughts and behaviors, says McCurdy-McKinnon. Someone who does not have BDD might say something like, “My thighs are big; it’s tough to find jeans I like.” A person with BDD might say, “My thighs are giant. They are so big that I’m hideous. I have to hide them.” She says that someone with BDD might use words like “disgusting,” “hideous,” or “grotesque,” and that these words would reflect their deep-rooted beliefs about their appearance, as opposed to being a passing comment.

5. BDD and eating disorders are not the same thing

In the past, even clinicians and doctors have mixed them up, says McCurdy-McKinnon. But now doctors are instructed to make diagnoses based on what would better explain the behaviors the patient is exhibiting. If the behaviors include obsessive checking and grooming, likely the patient will get a diagnosis of BDD. On the other hand, if a patient’s behaviors are only around food and keeping their weight down (even if they do believe they are overweight when they objectively are not), the diagnosis will probably be an eating disorder.

One other factor that often helps clinicians distinguish between the two, says McCurdy-McKinnon, is where the patient first shows up for help. Eating disorder patients tend to show up in therapy while BDD patients tend to visit medical doctors first because they’re looking for a specialist (like a dermatologist or plastic surgeon) who will help them correct a perceived flaw.

6. BDD can disrupt your life.

When diagnosing BDD or trying to understand its severity, a clinician also looks at the extent to which a person’s life is disrupted by their focus on a flaw or defect. “The difference between the average person’s dissatisfaction with a body part and someone with BDD comes down to clinical impairment and decreased functionality,” says McCurdy-McKinnon.

People with BDD might avoid leaving the house to the point where they’re calling in sick to work and avoiding seeing even close friends. “It’s something that ends up impacting most areas of a person life,” says Fine Sheppird. She says that a fifth of students diagnosed with BDD drop out of school because of their symptoms. And people with BDD are at increased risk for suicide. According to the International OCD Foundation, 80% of people with BDD report having had suicidal thoughts and one in four will actually attempt suicide.

7. BDD seems to be caused by a combination of genetic predisposition and environmental factors.

McCurdy-McKinnon says that like many mental health conditions, developing BDD results from “a perfect storm” of biological and environmental factors. For example, a genetic predisposition combined with experiences that increase risk — say childhood trauma or a certain type of parenting — could result in BDD. 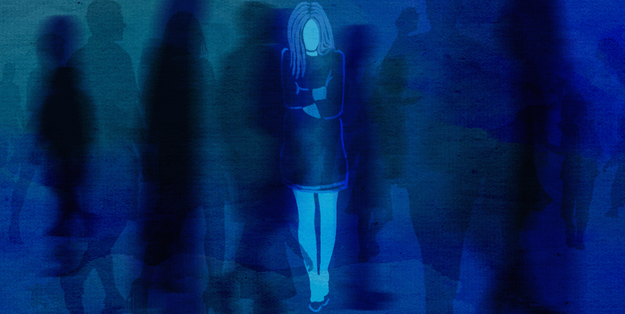 Fine Shepphird is quick to point out that living in an image-obsessed culture doesn’t cause BDD per se. But she does believe it is one of the factors in the perfect storm described above. “We know that in cultures impacted by Western media, rates of BDD are higher. So, living in a society where there’s an emphasis on perfection, appearance, on having a beauty ideal is a risk factor,” she says. 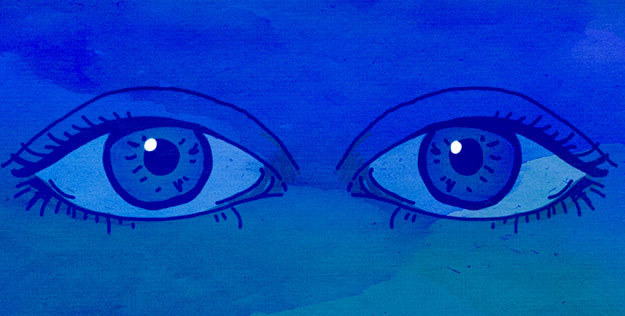 Research shows that people with BDD might actually see and process visual data differently, says McCurdy-McKinnon. For example, in a lab task where the participant is instructed to memorize a picture, a person with BDD would focus on very minute details rather that “globally taking in the whole picture,” she says.

CBT addresses the ways in which thoughts, feelings, and behaviors are connected, which means it can help patients with BDD identify and challenge their own negative thoughts, and eventually change the behaviors that result from them.

For example, a therapist can use CBT to help a patient identify the flaws in their thinking (“My acne scars make me hideous”) and then notice when those thoughts arise. Once the patient has this awareness, the therapist can help the patient find ways to generate new, positive thoughts.

11. In some cases, medication is also used.

If someone with BDD has “insight” into their condition, meaning that they have some understanding that their beliefs about their “flaw” are distorted, CBT on its own is a go-to strategy.

But if a patient has a more delusional mindset about their flaw — they don’t see that they’re not actually grotesque or that there’s an error in their perception or thinking — medication might come into play. Selective serotonin reuptake inhibitors (SSRIs) are a class of medication typically used as antidepressants but can also be used to reduce obsessive thoughts and behaviors. They’ve been shown to be helpful in conjunction with CBT, says Fine Shepphird.

Meds are also used for patients who are in such distress as a result of their obsessive behaviors that they’re having panic attacks or experiencing severe depression.

12. The onset of BDD is usually around puberty.

In about two-thirds of cases, people start experiencing symptoms of BDD before they turn 18, and Fine Shepphird says that puberty and all the physical changes that happen during that time might play a role in its onset.

13. If you notice symptoms of BDD in yourself or someone you care about, a therapist can help. 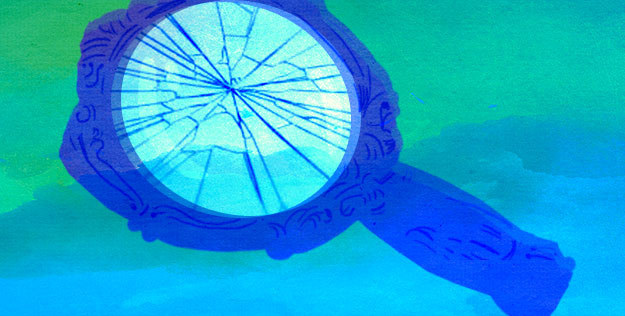 “Listen to what someone says about themselves, if they start to use a lot of a negative self-talk, especially if it’s something that seems imagined or just distorted,” says Fine Shepphird. Some red flags in their speech might include things like: feeling ugly, looking hideous, looking like a monster, or using words like “disgusting” to describe themselves. You can also be on the lookout for behaviors that seem compulsive or repetitive, like excessive grooming or mirror checking.

If these symptoms are interfering with daily life — or if they’re accompanied by thoughts of shame, embarrassment, or suicide — it might be time for you or your loved one to seek help from a doctor or therapist.

Source: 13 Things You Need To Know About Body Dysmorphic Disorder